Skip to content
Coastal tourism is the type of tourism which takes place on the coast or coastal area. Mombasa situated along the Indian Ocean coast, is a big beautiful Tropical city which act as the chief port and the centre of coastal tourism in Kenya. Mombasa is linked to other parts of Kenya by roads, railway line, air and sea. These major transport systems link the coastal area with the rest of Kenya and also with other international places. Air transport, which is the fastest of them all provide international links i.e. Kenya is linked with several European countries. You must remember that most of the tourists who visit Kenya come from Europe. Kenyan airways play an important part in the promotion of tourism in Mombasa as it links Kenya with other parts of the world including the rest of Africa.

Some of Mombasa’s coastal attractions include the following:

Like other coasts, the coast of Mombasa provides the following sporting activities for tourists or holiday makers:

Note that Mombasa is not the only coastal tourist attraction in Kenya and they provide the same tourist activities. Other coastal towns include Watamu, Malindi and Kipini. 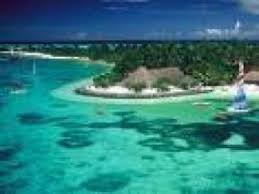