Skip to content
Soil erosion is wearing away of soil particle due to action of erosion agents such as moving water, ice and wind.Erosion, whether it is by water, wind or tillage. Soil erosion involves three distinct actions – soil detachment, movement and deposition. Topsoil, which is high in organic matter, fertility and soil life, is relocated elsewhere “on-site” where it builds up over time or is carried “off-site” where it fills in drainage channels.
Soil erosion reduces cropland productivity and contributes to the pollution of adjacent watercourses, wetlands and lakes.
water erosion is the result of rain detaching and transporting vulnerable soil, either directly by means of of rain splash or indirectly by rill or gully erosion 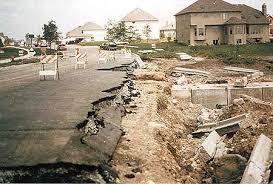 The following are forms of water erosion