Rail transport is a means of conveyance of passengers and goods, by way of wheeled vehicles running on rails. It is also commonly referred to as train transport. In contrast to road transport, where vehicles run on a prepared flat surface, rail vehicles are also directionally guided by the tracks on which they run. In east Africa there are several railways such as that from Dar es salaam to Kigali in Tanzania, from Mombasa to Kampala in Uganda and from Dar es salaam to Ndola Zambia. 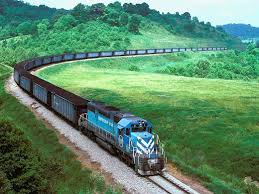 The following are problems facing railway transportation  in east Africa: