Aridity is a climatic phenomenon characterised by high temperatures and insufficient rainfall or very low rainfall. In the USA areas of less than 250mm of rainfall are regarded as arid areas. However in some parts of the world, the aridity may be measured differently e.g. in East Africa areas of less than 500mm may be regarded as arid. Areas of aridity are generally referred to as deserts or semi deserts and are characterised by dryness.

Desert areas are those that may receive less than 250mm of rainfall and these may include areas in Northern Kenya e.g. around Ladwor in North Eastern Kenya and the Chalbi desert. 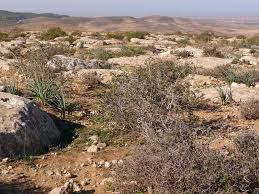 In addition to this there is also the Nyiri desert in Southern Kenya and the Masai steppe in North Eastern Tanzania.
On the other hand semi desert areas experience relatively higher rainfall though less than 500mm.