what is drainage pattern? 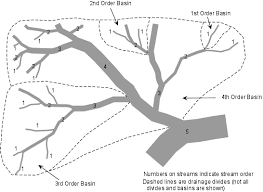 dendritic drainage pattern require the following condition to be formed:

example of rivers with dendritic pattern include tigela, mooi and umgeni in the south Africa

requirement for trellis drainage pattern to be formed

charateristics of the trellised drainage pattern 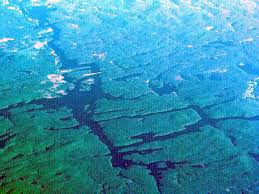 characteristics of centripetal drainage pattern include:

this type of drainage pattern occur in geologically young areas

factors that influence the development of river drainage pattern

The slope of the land

There are rivers whose flow is exclusively determined by the direction of the slope.

Difference in rock resistance or hardness

As the river erodes its channel, the nature of the bedrock becomes significant in determining how deep the river channel will become.

If the river encounters a very resistant rock outcrop in its path, it may have to change its direction to circumvent it despite the nature of the slope.

The rock structure along the river’s profile.

At certain stages in the course of the river, The arrangement of rock layers may influence the direction that the river takes.

12 thoughts on “HOW TO DESCRIBE DRAINAGE IN TOPOGRAPHICAL MAP”