A rock is an aggregate of mineral particles found in a soft, solid, or unconsolidated state. The earth’s crust consists of rocks and rocks consist of a combination of different minerals. All
Minerals are formed from one or more of eight main elements. These are oxygen, silicon, potassium, sodium, calcium, magnesium, iron, and aluminum. 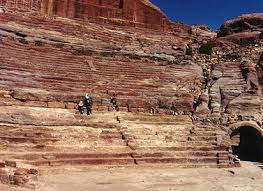 These are formed through chemical precipitation process. They include carbonate (as it is in stalactite and stalagmite), sulphate, chloride, etc. The main examples are gypsum, rock salt, dolomite, flint, borax, etc.

These are formed through mineralization process of decaying and decomposition of dead organisms such as animals and plants. The remains of living organisms are accumulated, compacted and cemented together to form sedimentary rocks. The main examples are chalk (limestone) and coral (formed from animals), and peat, coal and lignite (formed from plants).

These are rocks that have changed their shape, size, appearance, or chemical composition due to the contact of heat, pressure, or both. This process is referred to as metamorphism. Any rock can be changed into a metamorphic rock. Examples of metamorphic rocks are slate, marble, and granite. 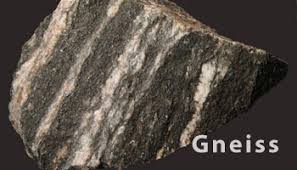 The main examples of metamorphism in rocks include the following:

These rocks are formed when molten rock cools and solidifies. All igneous rocks originate inside the earth where they are under great pressure.  Igneous rocks do not occur in layers and they don’t contain fossils which are the chemically-changed remains of ancient plants and animals embedded in rocks. These rocks solidify either within the Earth’s crust and form intrusive features or outside the earth’s surface and form extrusive features.   Igneous rocks are formed when the molten magma is forced out from the upper mantle to the earth’s surface, where it cools and solidifies due to low temperature. Crystals form on cooling and the rocks are called crystalline rocks.

There are two main types of igneous rocks:

1. Plutonic: these have solidified deep in the crust and they are seen on the surface only after being exposed by prolonged erosion.

2. Volcanic: these have been poured on the earth’s surface where they are called lavas. 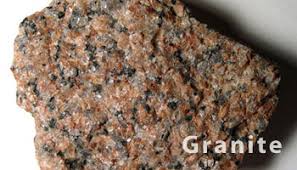 Many igneous rocks are found in Dodoma, Iringa and Lake Victoria (Mwanza). The main examples are granite, gabbro, basalt and diorite. Some are found in Kilimanjaro and Rungwe (Mbeya) such as basaltic, pumice, rhorite and peridotite rocks.

If you find this post to be helpful then share it with your friend and REMEMBER to comment or ask any question about any geographic concept.

10 thoughts on “TYPES OF ROCKS”