Population distribution refers to the way people are spread out on the land. Population distribution is uneven since some areas are densely settled while others are not. Or sometime population distribution can be described as being even or uneven, scattered or concentrated in a particular places.
Population Density
This describes the concentration of people in a specific area. There are places where people are concentrated in one area while the land in the neighborhood may be unoccupied.
Population density is obtained by taking the number of people in a given area and dividing that number by the total area of the place. Thus it gives us the number of persons per unit area of land. Population density can be described as dense, moderate, or sparse.
FACTORS INFLUENCING POPULATION DISTRIBUTION
The distribution of population in the surface of the earth is not uniform due to many factors. These factors can be classified into four main groups, namely physical, historical, economical and political.
The physical factors are divided into climate, relief, vegetation, soil, drainage and diseases.
Temperature and rainfall are the two main influential climatic elements. People have a tendency to adapt to moderate variations in temperature. Extreme temperatures however play a significant role as far as human population is concerned.
Very high temperature like those experienced in Tanga, Zanzibar and Dar es salaam discourage human settlement and consequently influence the population pattern.
Places receiving rainfall of over 1000 mm are densely populated, e.g. Kilimanjaro and Kagera. 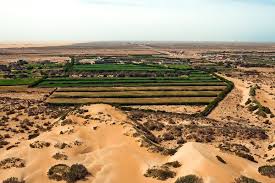 Areas of high attitude have low population because of extremely low temperatures experienced there. Most crops do not do well beyond an attitude of 2500 m. However some communities choose to live in the mountain areas for security reasons. 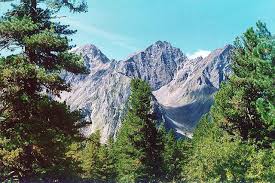 Dense forests are sparsely populated. It is difficult to develop communication line in such areas. They are also habitats for wild animals which may be a danger to human habitation, Livestock and crops. Areas such as Miombo woodlands of Tanzania are infested with tsetse flies which are a threat to  people and livestock. This has discouraged settlement in such areas. 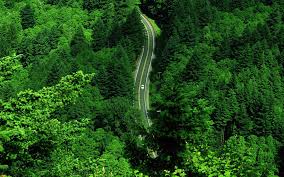 Areas with fertile soil such as those areas around lake Victoria have attracted many people. Place with infertile soils such as the leached soils of the savannah are sparsely settled because they are agriculturally unproductive.
Well drainage areas attract settlement and hence have high population. Swampy places and areas with seasonal swamps are normally uninhabited. Such places do not attract settlement or farming. People avoid settling in areas that are prone to flooding.
(II)  HISTORICAL FACTORS
Historical events may also be responsible for low population densities in some areas. In the 18th century, many parts of the East, Central and West Africa were affected by slave trade. Strong young men and women were captured and sold as slaves to go and work on the farms in the West Indies and America. Some were taken as slaves to the Arab world. Meanwhile, other people ran away from the same areas to avoid being captured and never returned. This reduced population in these areas.
Tribal conflicts and war have led to some places becoming sparsely populated as people, seeking safety move away from them.
III) ECONOMIC FACTORS
Economic development resulting from activities such as exploitation of natural resources attract a large population of job-seekers and service providers. Mining centres, no matter how remote they may be in a country, usually attract large population.
People move and settle near established transport routes such as roads. The establishment of towns and industries attract human settlements for similar reasons as mining. This accounts for the large population in the major towns of East Africa.

(IV) POLITICAL FACTORS AND GOVERNMENT POLICIES
Political unrest in many parts of the world have caused migration from certain areas. Between 1971 – 1979 many Ugandans ran away from their homeland to other parts of the country or into neighboring countries to avoid political persecution during the reign of dictator Idi Amin. Many people from Southern Sudan and Somalia have sought refugee status in Kenya in recent years because of political instability in their respective countries.
Some government program mes may require the removal of people from certain areas in order to settle them in new areas. For example the construction of large dams or road constructions. This cause formerly inhabited areas to become sparsely populated while new settlement realize an increase in population.
National parks and forest reserves are areas that are controlled by the government. Human occupation of such areas is therefore prohibited. These areas are sparsely populated with the only people living there being workers and, in some isolated cases, illegal squatters.