Skip to content
Settlement is the place where people live. Also settlement can be defined as organised human habitation it can be a single home or bustling metropolis.

Settlement can be classified as rural or urban settlement 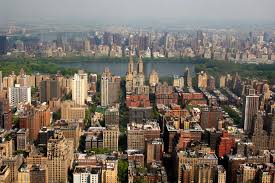 Defining settlement in terms of rural and urban areas makes sense.After all there are many difference between the two. But there is major problem with defining rural and urban settlement because there is no consensus on what makes a rural settlement and what makes an urban one. For example , some small villages in India and China are more populated than large town and small cities in America and Europe. Are those small villages rural or urban ? It depend on who you ask.therefore difficult arise because there is no agreement on what exactly makes a place a rural or urban.

IF YOU HAVE ANY QUESTION, SUGGESTIONS OR OPINION  ABOUT SETTLEMENT OR ANY GEOGRAPHICAL ISSUE PLEASE  DON’T HESITATE TO SHARE WITH ME ON THE COMMENTS BOX BELOW